Methods and approaches to measure or predict muscular strength. 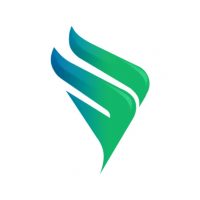 In this video, Trevor mentions the way to define strength. He also outlines methods and approaches to measure or predict muscular strength.

So something that’s foundational to consider before creating an exercise program is one, how do you measure muscular strength? How do you predict and create a value to use this value to create an eight week 12 week training program based on its value? Okay, so I’m sure you’ve heard of the term one repetition maximum, right. So 1RM of greatest resistance that can be moved through a full range of motion in a controlled manner with good posture.

What’s good and bad about the 1RM is yes, this represents the greatest resistance that an individual can move, it truly does define individual muscular strength. However, most people, I would say, have the capacity to maybe do a 1RM testing or shouldn’t be, but it’s really going to increase their risk of injury. And in a lot of settings and a lot of populations. It’s not a good idea to do a true maximum 1RM testing, 1RM test, and to put people through that type of stress and load one from injury risk and point to that stress might be way higher than the load that they can handle, which might put them into a bit of a, you could say, it will just put them possibly at risk for injury, let’s just say that. So measuring muscular strength is really important. But in order to get a one rep max value, you have to have somebody do a one RM right. However, that’s risky. So the repetition maximum prediction method is really really popular across all walks and practices in the community ology realm. Basically, what this is doing is using some repetition, maximum. So let’s say you load up the bar, you have somebody go through warm up sets, and so on. And then your goal, you’re going to have them do you’re comfortable and know that they can do eight repetitions of a certain way. So you’re going to have them do no less than eight repetitions, you’re gonna have them keep increasing the load, with proper rest period, and so on. And so they can do somewhere between, let’s say, six to 10 repetitions, ideally landing on whenever they fail at the highest workload between six to 10 repetitions, you can use the values associated with that. You can use the weight and repetitions to calculate and predict someone’s want around without putting them at a big risk of injury from 1RM testing itself from actually moving to wondering. Okay, so Everfit uses the Epley equation in the Everfit platform, you can take a look at the validity, reliability, and so on of the Epley equation by what we talked about earlier, going hopping on a Google Scholar. And looking into the equation, there are three or four primary equations that are used across the industry. But Epley is a really, really solid, relatively accurate equation really, really great to use. So if you see the 1RM being predicted from someone’s workout on Everfit, this is because Everfit is using the natural relationship between percent 1RM and how many reps an individual can do. For example, let’s say most people, on average, have five repetitions, right, the five repetition maximum, that’s equivalent to 85% of their 1RM as an example, that’s the same way that Everfit uses the applicant Epley equation to provide your clients with, hey, here’s your new one repetition maximum, congratulations, this is the highest that you’ve ever had. It’s because they moved away more times than they ever had at that specific weight, aka the prediction equation will bump up their 1RM and they will be stronger. Okay. So measuring muscular strength is a really important concept that’s at the basis of creating good problems. And the reason being is that repetition maximum will allow you to predict the 1RM and then based on the 1RM certain percentages of an individual’s 1RM can be used to elicit specific responses, which we’re going to talk about a little bit later.

So just a recap on the repetition maximum. RM is used when the population being tested is not safe to push to maximal exertion, or during training programs. So another way to use repetition, maximum training in a way that I really like to, is within autoregulation. So let’s say you get an individual and you create a program, a 12 week training program, right. Throughout the course of those 12 weeks, there’s a lot of life stressors that occur, and there’s a lot of ups and downs and fluctuations that are going to occur within that program. So is it safe to say that you should base that entire program based on their initial week one repetition, maximum prediction? You could, but is it going to limit your capacity to improve this person’s function within those 12 weeks? Maybe, maybe not. But I think it’s best to auto regulate to adjust with the individual. So for example, a good example of otter regulation is that the last set of a working series, right, so let’s say somebody is working on five by five, classic five by five strength training, the last set of five, if you prescribe a load of, let’s say, 225 pounds on back squat, you let them on that last set, do as many reps as you can, as they can, okay, of course, with the spotter or a Asterix as many reps as you can, if they don’t have the spotter, with good form, and so on. But let’s say you prescribe them at this load, they should be able to do five reps based on the algorithm. Okay?

They all of a sudden complete 12 repetitions, okay, you know, this individual had a really, really immediate strength response to the training, so they probably haven’t been trained too long. Their 1RM already is a lot higher than what it was. Or maybe they’re sandbagging and testing or whatever it might be. Now, you can, through Everfit, auto regulate their training, right? adapt on the fly, like, okay, here’s your new 1RM. And now let’s get even closer to the accurate characteristic and profile training, loads that we want to be within to improve endurance, hypertrophy, strength, power, whatever that might be.

So that’s a really good way to use autoregulation within that Everfit program. So I have some questions here, just for you to think about, who do you assume is safe to do 1RM testing?

And who would you assume to do a repetition maximum test and estimate? I think a really simple and clear way to put this is someone with a very long training history, maybe two to three years, you can assume it’s relatively safe to do a 1RM even at that point, it might not be the best idea, especially if this is an athlete in season and so on. So you really want to consider is it really a good time? Or do you want to increase the risk of this individual or who would you assume is best to do a repetition maximum and estimate this is going to be your higher high risk populations. And then with those populations, usually a really conservative approach should be used. This is a 10 to 15 repetition maximum, this is in your truly high risk. This is like your clinical population like type setting, but with that even 10 to 15 repetition maximum, yeah, might not give you the most accurate strength 1RM level, but it will give you an idea of this individual’s functional capacity at that time, to be a good exercise scientist and a good coach practitioner to say, Okay, this individual improve their capacity presuppose, their predicted strength is here, post training, their predictive strength have improved, and so on. There is however, a really important assumption to consider and repetition maximum testing, and that’s that the athlete or individual provided a genuine maximum effort. Okay, so let’s say the individual just based on motivation, or whatever it could be, they stopped at nine repetitions, but they could have done 10. Right, they could have done that. So this individuals program based on the repetition, maximum equation, their program, all the weights, every lift that they do is going to be slightly less than it would have been if they do 10 repetitions. So there are assumptions associated with repetition maximum, which is why I think it’s really really important to employ autoregulation and to track an athlete’s one rep max, specifically their predicted one that packs throughout a training cycle. That way you can regulate, increase it, decrease it and so on, as this individual transitions through your training.

Everfit Team
Ideas to help trainers grow their coaching business. Message us at blog@everfit.io if there is anything you want to hear, or if you would like to contribute. #TomorrowStartsToday
Tag:
1RM everfit everfit university muscular strength repetition maximum
SUBSCRIBE TO EVERFIT
Never miss a story
Related Posts 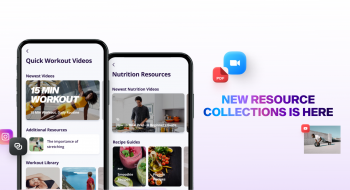 Bring immense value to how you coach your training clients with Resources and Collections What’s new 🤩 ✅ 4 beautiful layouts to display different types of content ✅ Create multiple sections within a Collection ✅ Add a description for each section (coming next week) ✅ Access Resource Collections with the Studio Plan or as an […]
Written by Everfit Team
Oct 19, 2021 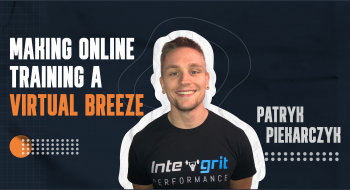 Patryk tells us how Integrit Performance delivers all-inclusive online training fitness and nutrition coaching using Everfit Thanks to a certain viral pandemic, online training has boomed in the last two years. Many personal trainers and gym owners have jumped on the bandwagon and discovered a variety of benefits (and challenges) to navigating the virtual training […]
Written by Everfit Team
Sep 29, 2021 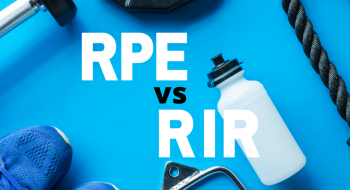 How do you successfully offer RIR (Reps in Reserve) and RPE (Rated Perceived Exertion) in Online Personal Training Periodization? What is RPE? Rating of perceived exertion, or RPE, is often used to assign a rating that corresponds to how challenging a set was. Often this is used for just a top set in online personal […]
Written by Patryk Piekarczyk
Sep 29, 2021 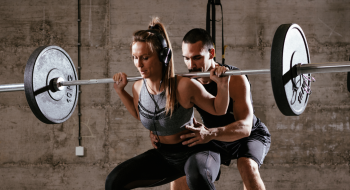 5 Tips To Get Your First 10 Personal Training Clients

Congratulations! You finally did it, you made the leap into the future by launching your online coaching business. However, chances are you’re starting off with zero or only a couple of personal training clients.  But don’t worry, there are five easy things you can do to quickly add your first 10 personal training clients using […]
Written by Patryk Piekarczyk
Aug 13, 2021 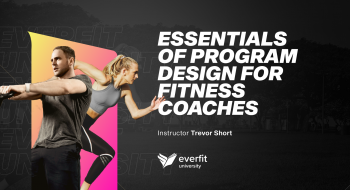 Trevor Short is an exercise physiologist at the University of Hawaii, previous coach to NFL / Olympic athletes, & previous COO of a multi-million dollar training studio. Now he’s teaching you the essential concepts of designing a fitness program. Learn the essentials of programming to the next level with these key considerations.  How to perform […]
Written by Everfit Team
Jul 21, 2021 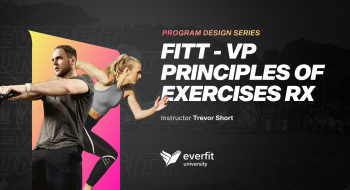 At the base of every exercise prescription lies the FITT-VP principle. Trevor explains training frequency, intensity, time, type, volume, and progression. Key takeaways: Frequency = How often an individual trains Intensity = How hard an individual is working Training Time = The duration of each training session Training Type = The training mode Volume = […]
Written by Everfit Team
Jul 21, 2021